Real Houswives of Beverly Hills
I watch this show in secret.  On lunch breaks.  When the spouse isn’t home.  On the iPad.  Truly the ultimate invention for sneaking.  Put in the earphones, find a hiding place and pretend you’re watching CNN.  I encourage my love to freely watch any sports show or Bar Rescue re-runs he desires.  This is prime time fan-girls!  They never care what you are doing as long as you don’t talk to them.
How did this happen?  I dabbled in the other Real Housewives like a recreational drug user.  Then Beverly Hills with it’s gaudy glamour, the chart topping drama, the “can woman really wear that much makeup” fascination made me hard core.
I’ve become a brain rotted zombie, feasting on show after show, zealously sinking my teeth into the deliciously, gooey,  drama that simply makes me want more and more until I finally can’t function if I don’t get my weekly dose.
Admitting you have a problem is the first step to recovery.  Aren’t there like 120 steps?  Or is it 100 first steps to completing the 12 steps?  Anyway, just admitting doesn’t mean anything so I don’t care.
I want to talk about
Faye Resnick. 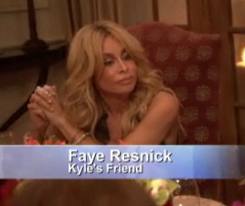 Faye is the best friend of Kyle Richards.  She makes these on and off appearances on the show and is the housewife you absolutely hate who isn’t even a housewife on the show.
What a mess she was last night ( I am always behind. Thank goodness for DVR).  Definitely off her meds but speaking fluent crazy.  Are these women stupid or just really, really savvy?  Flaunting their uber, over the top, overpriced real estate.  Creating family drama on a level we can only gasp at and then put it on TV for me to….gulp…watch.  Can these California Beach Barbies really be that vacuous?  If you threw Pellegrino on them would they melt?  “Help me, Kyle, help me, I’m melting.”
But Faye seems to take it to a whole new demention, I mean dimension.  She’s so desperate to be on TV it seems pityingly pathetic.  We want to hate or love these women.   But to have to witness her extreme intensity to be a member of the less crazy crew makes me want to throw up behind the couch.  (Whoa, Alia, put it on pause, bathroom isn’t that faraway.)
So, the girls got in a fight last night. Faye said some pretty epic stuff for not even being apart of the conversation and/or even being in the parties involved.
“No matter how many Chanel’s you borrow, it will never be enough to make you a lady”.   FAYE!  You call yourself a lady? I am laughing out loud right now.  I’m dying.  Laughing.  In that screeching, gasping, not really laughing at all type of “how dare you” kind of way.
Faye, you are over processed, your brain cells are reality depleted and Real Housewives IS A TV SHOW!!!!  Watch it!  You will see this insane woman named Faye, who, if she were on a soap opera would be limping on the side of the road, drunk and high-not dead-with selective memory loss.
This could open a goldmine of TV work for her.  With very minor makeup she could have a zombie starring role on the Walking Dead.  Bates Hotel is looking to seat someone in a rocking chair.  I know CSI is looking for a body, to match a wealthy, drug addled socialite.  Supernatural is looking for a she-demon.  They are looking for a demonic natural look.  Faye, you go girl.
Here are some pretty accurate pictures I found on Prettyontheoutside.com of Houswife Adrienne and Taylor! 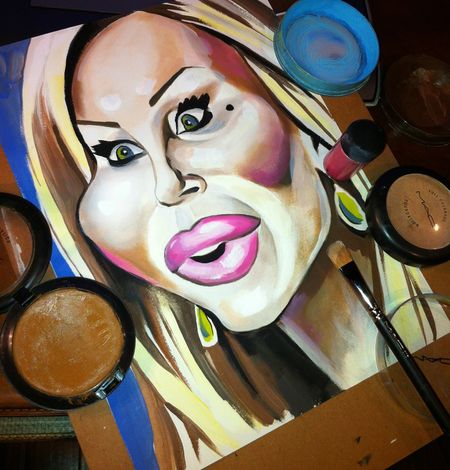 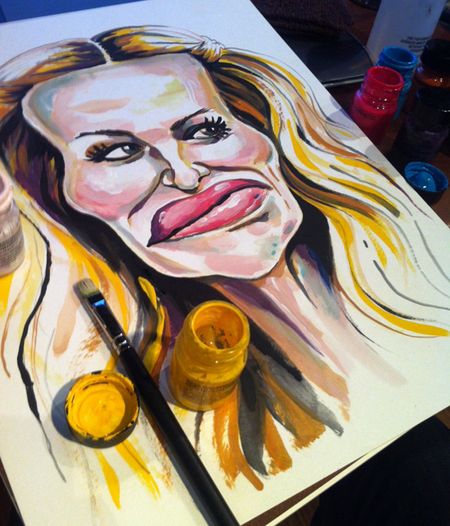 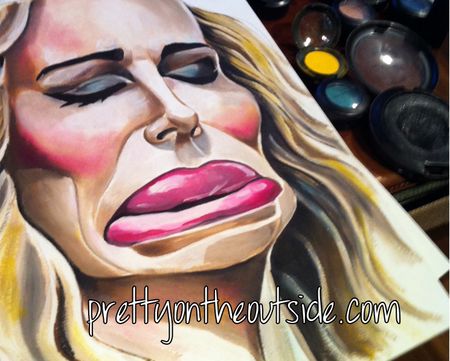 I think these look awesome!