Children. I’m thinking about them.
Offspring. Too impersonal.
Weapons of mass destruction. Perfect.

The following accounts are true.

My sister in law needs to write a book, or blog, or have a reality TV show.
The following 3 stories are hers.
I found my four year old sitting on the couch half naked one morning watching TV eating raw
bacon. “Michael, does that taste good?” He replied, “Not really, but I’m hungry”. Uggg. All I
could think of was trichinosis, taking him to the doctor and now what was I going to do for
breakfast.

Upon waking early my son, who is seven, decided to climb to the top cupboard to get food and couldn’t get down. I think I heard his distant screaming but decided it was a dream and didn’t wake up. Upon ﬁnding him he had a lovely bag of marshmallows under his head for support as he awaited rescue.

“Pregnancy is the most fun state of mom for little kids. Mom’s can’t run, usually cry and give out
treats just to get the other kids to leave her alone.”

One day my two year old son couldn’t be found. Anywhere. I was running, well, waddling-
jogging, eight months pregnant up and down the street, crying, thinking of all the most horrifying things that can happen to a child. Then getting mad. I was going to kill him. I’m on the phone with the police, incoherent when I ﬁnd him on the golf course behind us, naked, painting himself brown with the gooey contents of his diaper. This is the son who stabs loaves of bread. Should I be more
concerned he found a knife or that he gutted the bread?

While my two older children (six and nine(iamthe9yrold)) were literally super glued to the TV, my younger ones, both one and two had poured Mrs. Buttersworth’s syrup in the middle of the ﬂoor. Yelling at the older ones who didn’t even blink, the Notorious Two were sitting innocently by Max, our long suffering and patient dog. I threw the syrup bottle into the dining room which shattered into
thousands of sticky little, teeny shards. My children learned a new language that day. I checked
on Thing One and Thing Two, who had given Max a hair cut and were throwing hair in front of
the fan. Hair was sticking to everything, mostly themselves. Max looked at me saying why, why
is this happening. I just couldn’t explain to him that sometimes birth control just doesn’t work.

Offspring. Only when you want to sell them.

Weapons of mass destruction. You be the judge.

When I look at Mothers with their newborn babies they see a light in their eyes. A baby just
given to her by God. New mom’s don’t think about raw bacon, poopy diapers (yet), serial killers
or swearing at syrup bottles. They are entranced by this small, precious, lovely baby they know
they will always love and protect. No matter what.

So, maybe I need a child in my life, but I won’t allow Mrs. Butterworths in my house. 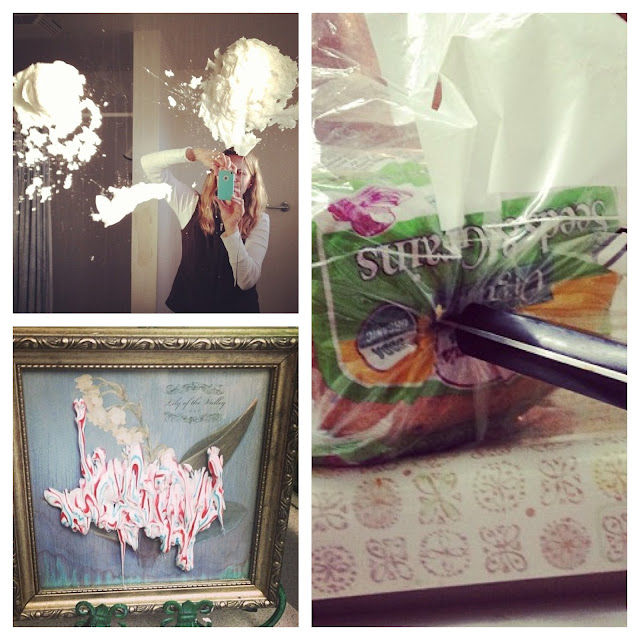 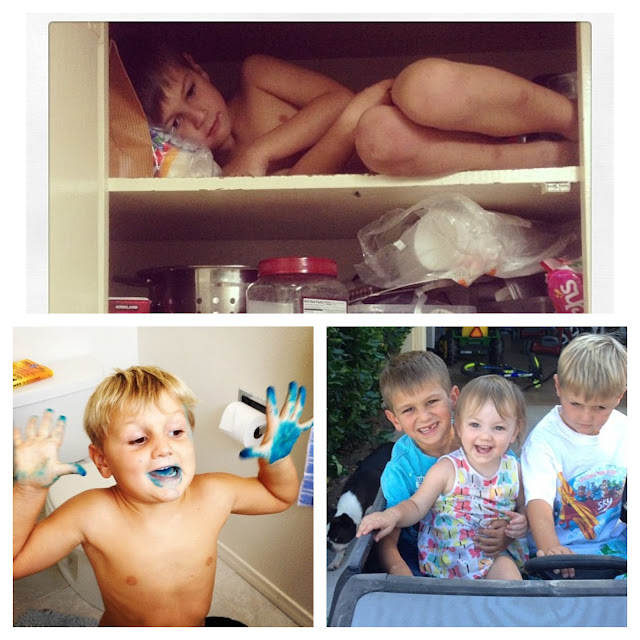 There he is stuck in the cupboard! That’s not blue candy, its blue marker (I love how its in his mouth too) (You can imagine where else it was) Look how cute the kids are though! They definitely are more fun than weapons of mass destruction.